The Lake District is renowned for it walking trails and adventurous activities but for the more sedate among us, a drive through some of the most spectacular views in England are in store. Inspired by David Williams’ article Shifting Gears and Rolling Scenes in the lake District, we decided to check out some of the mountain passes mentioned.

In a Volvo XC90, with a full load of 6 people and a small dog, we set off from the Southern end of Lake Windermere, through Hawkshead and on to Wrynose Pass, via Ambleside. 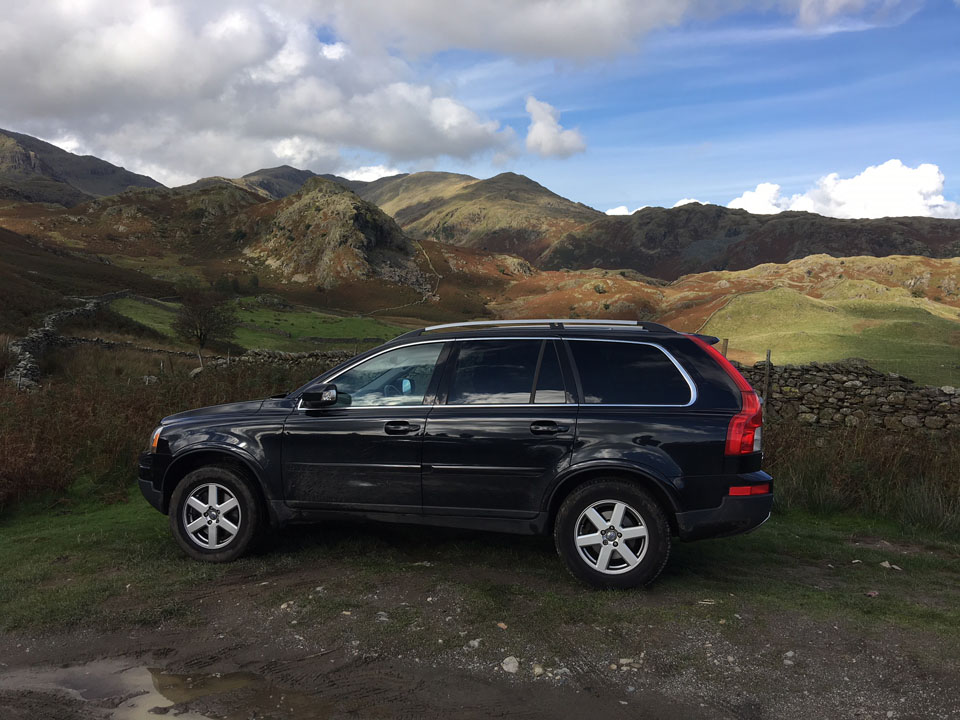 The route we plotted on Google Maps took us down B-roads which are a challenge in themselves, given the average larger width of the modern car and the ever-popular SUV. However, despite near misses, and one exceptionally narrow section, where backing up was simply not an option, everyone we met was considerate, often stopping in the passing areas far ahead. 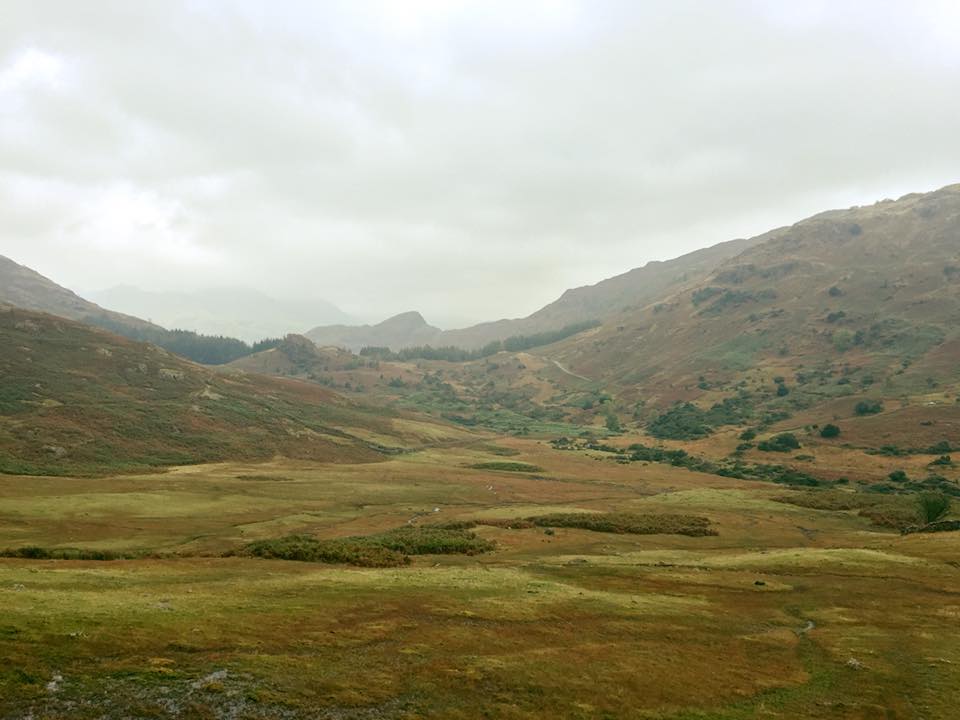 Near the mid-point of Wrynose Pass, the gentler of the two passes on the Western side, there were many opportunities to stop and get out to truly experience the breath-taking scenery. Here, surrounded by nothing more than vast open fells, rocky mountain streams, trickling waters and grazing Herdwick sheep, it was the perfect opportunity to simply pause, both physically and mentally.

Heading northwards from Wrynose Pass, across a little bridge, leads on directly to the hair-raising Hardknott Pass, true to it’s name, it is a significantly more challenging drive, with hair-pin turns and very steep inclines. 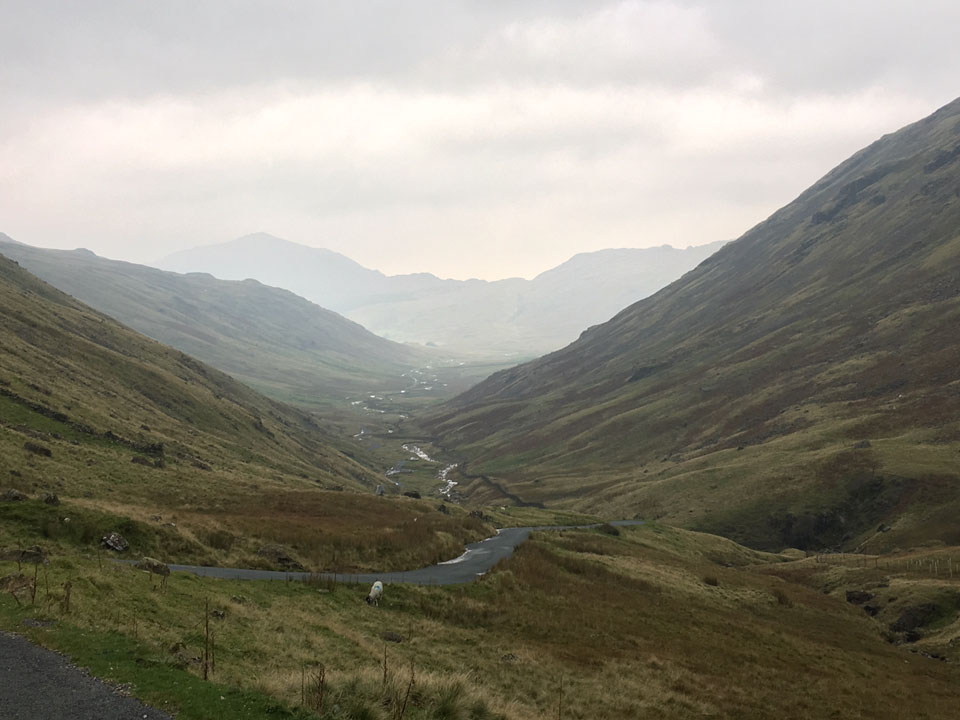 Yet here too, the the views are immense well worth the work it takes.

Once you’re on Hardknott Pass, don’t forget (as we did!) to stop at the Roman Fort nearby.

A Gentle drive via Buttermere on to Honiston Pass

Compared to the wild rides of Wrynose and Hardknott Passes, the drive alongside Lake Crummock Water and Lake Buttermere on Honiston Pass (B5289) is significantly tame in comparison.

Stop at a rest stop alongside Lake Crummock Water or Lake Buttermere to admire the views and walk, if you like. There are two car parks with access to Rannerdale opposite Crummock Water:

We parked at the Access to Rannerdale and took a level walk to the nearby spring.

View from the car park below:

Honiston Pass, spectacular in it’s own right, has gentler inclines and rambling roads. The views stretch for miles ahead and after the challenging, hair-raising slopes and turns of Hardknott Pass, Honiston, feels like an almost sedentary route.

The road is wider and more accommodating of two vehicles and it was certainly less busy than either Wrynose or Hardknott Pass when we visited.

Unlike David Williams’, once was more than enough for Wrynose and Hardknott Pass, definitely views and an experience that bring to life the phrase ‘to commune with nature’.

The Tower Bridge in 5 Photos Beatrix Potter Gallery, Hawkshead (next to Bend or Bump cottage)