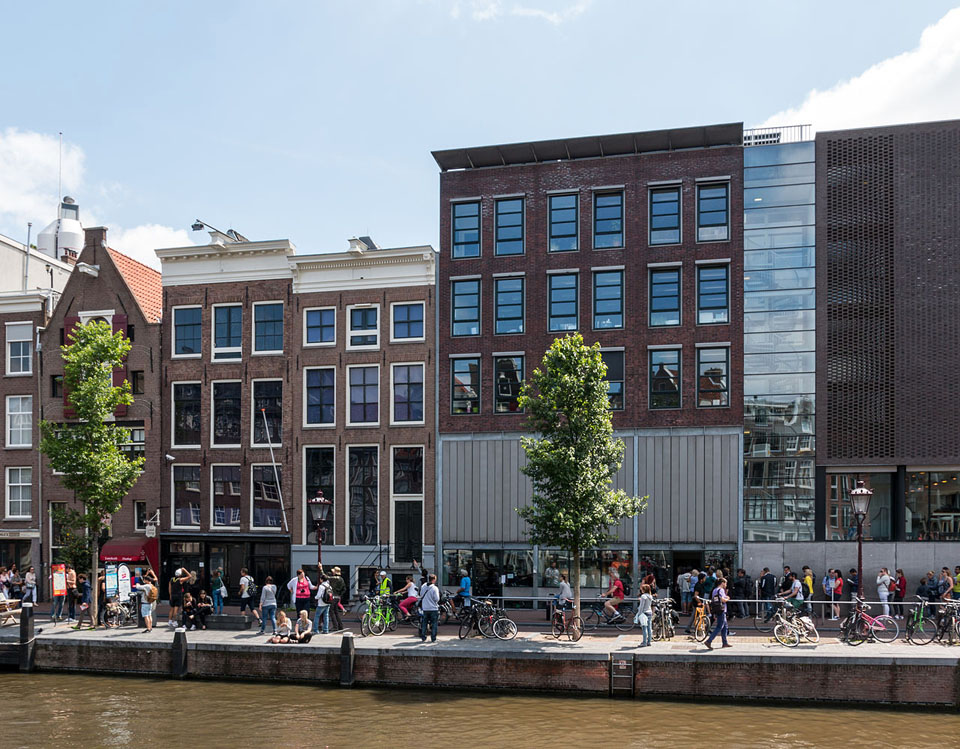 Book your ticket online and get there early preferably on a weekday to avoid queues and crowd.

You can read our review here: Anne Frank’s House and Museum Review

Allow for plenty of time for your journey and get there early. Remember to print and bring along your tickets. If you do not have access to a printer, you can also download your tickets and save it straight to your iPhone’s Wallet app. All they need to do at the entrance is to scan the QR code. If you have your back pack with you, you will need to carry this in front of you. Bring some drinking water as it may take a while to get through the museum, house and secret annex. Also, don’t forget to collect your audio guide.

Anne Frank House (Huis) and Museum is one of the must visit attractions in Amsterdam. The house and museum tells the story of how Anne Frank, her family and friends who went into hiding being Jews during the second world war in the Netherlands when the Germans invaded. They hid in the secret annex of the house for two years, between 1942 to 1944. During this time, Anne kept a diary she received from her dad as a birthday present and it is from this diary that we get an insight into her life and the people around her during her days in hiding. 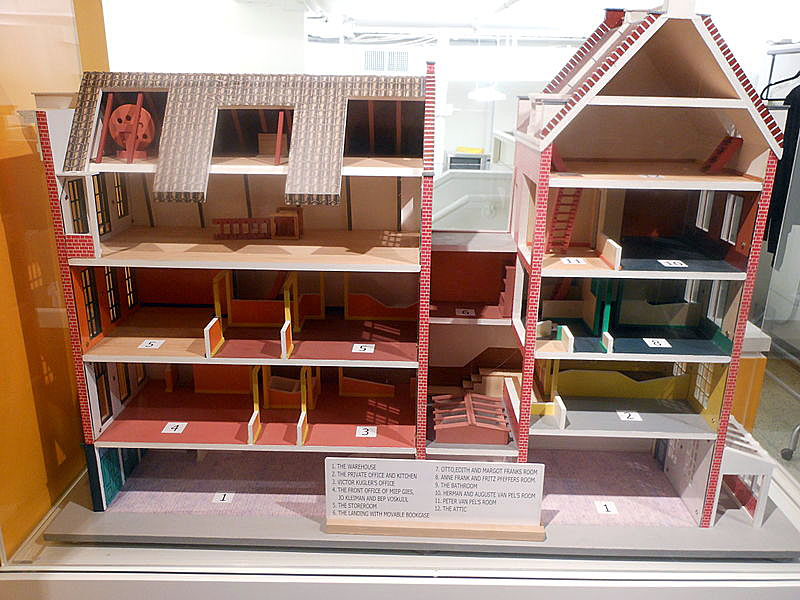 Anne Frank’s Huis – Anne, her family and some friends hid in an annex in this house for 2 years when they were trapped in Amsterdam by the German occupation of the Netherlands. Her diary was published posthumously, translated to 67 languages and sold 30 million copies.

In the Museum and House 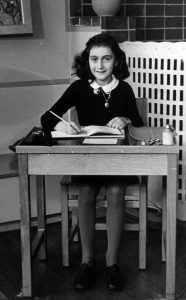 While most of the things in the original rooms have been cleared out, you can still get a good feel of what it was like staying in the secret annex with no direct access to the outside world, dimly lit rooms, small doorways, windows with curtains drawn all the time and small stairways.

There are however photos and mounted information cards, diagrams and photos on the wall as as well as audio guide to make the most of your visit. These audio guides are mainly autonomous but can be linked up in different rooms where there are videos displays to listen in on the audio channel of the videos. 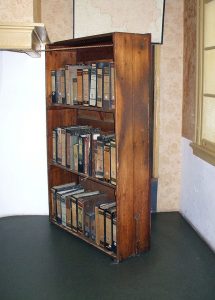 Access to the annex rooms were hidden behind a book case. You will be moving from room to room and when the paths and corridors narrows, follow a line of people as they move slowly through the rooms.

And, when you read about how many people actually lived in those rooms for two years, it is a wonder how they managed in the little space they have between them.

Sam runs a design and digital learning consultancy with his partner in the beautiful Heritage City of Bath, England. In his spare time, he tinkers and builds even more websites and spending most of his waking hours with his family. He is very much into photography and travel and is really into good food.